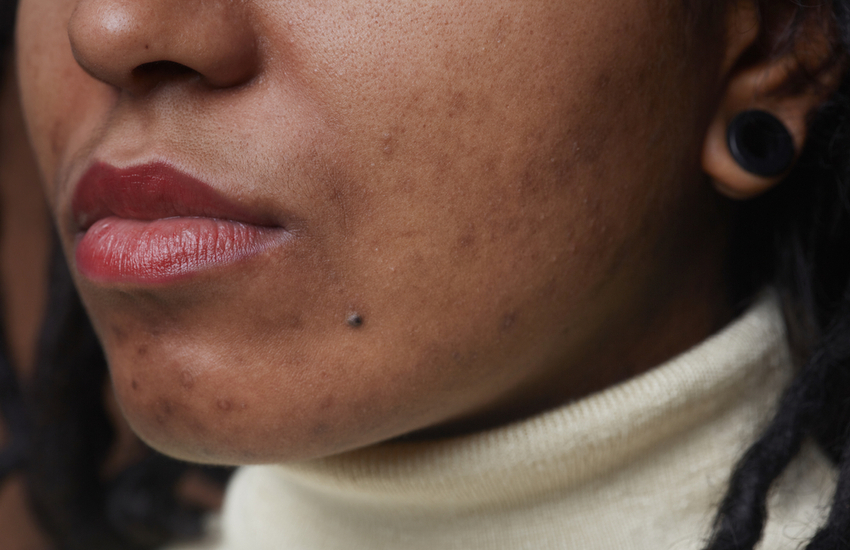 Pregnancy is an exciting time in a woman’s life, and they often have so much going on their journey to bringing a little one into the world. During the second and third trimesters, many women notice darker spots or patches appear on their faces. This discoloration is a condition called melasma. Although these dark patches of skin look, they are not dangerous. Here is a little more about what causes melasma during pregnancy.

What Triggers Melasma During Pregnancy?

Melasma during pregnancy appears as brown or greyish patches on your skin. The color of the patches varies, and the extent of the discoloration ranges from a few dark spots to highly pigmented patches, which are believed to be connected to hormonal changes during pregnancy. It is unknown, however, why melasma and estrogen seem to be linked. It could be how estrogen reacts to the cells in your skin, causing more pigment production. Estrogen can increase the amount of tyrosinase (which is a pigment-forming enzyme) in your body.

Additionally, estrogen also acts on the melanocortin receptors in your skin and causes your skin cells to become more sensitive to the sun. These changing hormones result in excessive melanin production, leading to dark patches on your skin. In addition to hormonal changes, genetics and race are also a factor into the formation of melasma. Many studies have shown that women of Latin, Middle Eastern, and Asian descent commonly experience melasma during pregnancy.

What Symptoms Can I Expect?

Melasma symptoms are brown, tan, or blue-gray discolored patches on your skin. It typically appears on your face, typically around your forehead, cheeks, chin, nose, or upper lip bridge. The extent of discoloration varies from individual to individual and different factors that may influence the amount of pigmentation, including:

Melasma is a benign, painless condition. If you experience accompanying symptoms like itching, redness, fever, or skin hardening in addition to melasma with your pregnancy, it is essential to seek medical advice immediately. These may be signs of an underlying condition.

Will Melasma Go Away After Giving Birth?

Melasma triggered by pregnancy can fade after giving birth, usually when the mother never experienced melasma beforehand. Unfortunately, if you had melasma before the pregnancy, it might not disappear on its own. At Marin Medical Aesthetics, we offer various treatments that can help reduce melasma’s appearance. Melasma is a chronic skin condition, which means there is no cure, but you can get treatments to be less severe. With a diligent treatment plan and adamant sun-protective measures, you can lighten your melasma and restore your clear complexion.